Reimagined and expanded by the Skirball, the exhibition explores Paul Simon’s creative
process and indelible mark on the nation and the world.

Exclusively for the Los Angeles presentation, Paul Simon: Words & Music will include many additional artifacts from Simon’s private archive and a newly created music lab developed by the Skirball in cooperation with Roland Corporation U.S. The exhibition opens at the Skirball on April 27 and runs through September 3, 2017.

“Through his extraordinary storytelling and trailblazing exploration of sounds, Paul Simon has captured the spirit of our nation and our times, from disillusionment and fear to hope and compassion,” remarked Robert Kirschner, Skirball Museum Director. “Our presentation of Paul Simon: Words & Music invites one and all to celebrate the life and legacy of this prolific artist, whose irresistible songwriting and landmark collaborations with artists around the world have built bridges of understanding and opened minds and hearts.”

Born October 13, 1941, in Newark, New Jersey, Paul Simon rose to become one of the most influential and successful musicians of the past fifty years. Simon’s fame and commercial success began as part of the duo Simon & Garfunkel, formed in 1964 with musical partner Art Garfunkel.

When the duo parted ways in 1970, Simon launched a successful solo career, recording three highly acclaimed albums over the next five years and solidifying his status as one of the great American composers of the twentieth century. In the decades since, Simon has created beautifully crafted music that draws on diverse American musical genres as well as African American, Latin, South African, and West African sounds—notably on his 1986 landmark album, Graceland. Simon’s wide-ranging body of work is equally beloved for its musical vocabulary—style, rhythm, and instrumentation—and its compelling and poetic lyrics.

Simon has earned sixteen Grammys for his solo and collaborative work—three of which were for Album of the Year (Bridge Over Troubled Water, Still Crazy After All These Years, and Graceland)—as well as a Lifetime Achievement Award. He is one of a small group of two-time inductees into the Rock and Roll Hall of Fame: he was inducted in 1990 with Art Garfunkel and again in 2001 as a solo artist. In 2002, Simon was a recipient of the Kennedy Center Honors. In 2006, he was among the “TIME 100,” TIME magazine’s prestigious annual list of the “100 men and women whose power, talent, or moral example is transforming our world.” In 2011, Rolling Stone magazine named Simon one of the “100 Greatest Guitarists,” then named him one of the “100 Greatest Songwriters of All Time” in 2015. Simon was the first recipient of the Library of Congress's Gershwin Prize for Popular Song in 2007.

Paul Simon: Words & Music at the Skirball Cultural Center will be organized chronologically, with themed sections that cover Simon’s early years and Simon & Garfunkel period, his acclaimed solo work since 1971, and his songwriting process.

In the newly developed music lab, created exclusively by Roland Corporation U.S. for the Skirball, visitors will experience Simon’s recordings firsthand through various interactives. Music fans will be invited to keep the beat to “Cecilia” in a communal drum circle, manipulate tracks for “Me and Julio Down by the Schoolyard” and “Wristband” using mixing equipment, and more.

The Skirball’s presentation of Paul Simon: Words & Music expands on the original exhibition and includes many never-before-exhibited or rarely exhibited items from Simon’s own archives. Highlights include:

The exhibition also includes popular items displayed in the original Rock and Roll Hall of Fame and Museum exhibition, including:

Information on press previews of the exhibition will be announced in the coming weeks.

On Friday, May 12, at 8:00 pm, the Skirball presents a screening of the Emmy-nominated documentary Under African Skies, which traces the turbulent origins and lasting impact of Paul Simon’s landmark album Graceland. Prior to the screening, the public is welcome to enjoy rare evening Museum hours and gain free admission to Paul Simon: Words & Music. The exhibition will be open from 6:00 pm through 10:00 pm Reservations for the late-night event and ticket sales for the film screening will open in mid-April on skirball.org.

PAUL SIMON: WORDS & MUSIC WAS CURATED BY THE ROCK AND ROLL HALL OF FAME AND MUSEUM, CLEVELAND, OHIO.

THE EXHIBITION AND ITS RELATED EDUCATIONAL PROGRAMS AT THE SKIRBALL CULTURAL CENTER ARE MADE POSSIBLE IN PART BY SUPPORT FROM THE FOLLOWING DONORS:

High-resolution files of these images are available to the press to illustrate editorial coverage of this Skirball exhibition or program. Please submit your request to the press contacts listed to the left.

END_OF_DOCUMENT_TOKEN_TO_BE_REPLACED 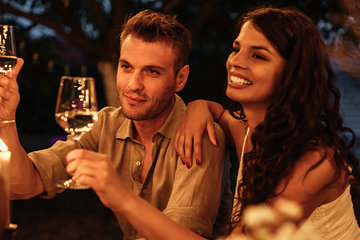 Open Shabbat: Hanukkah Under the Stars 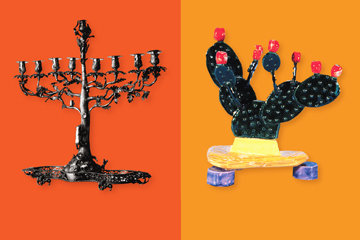 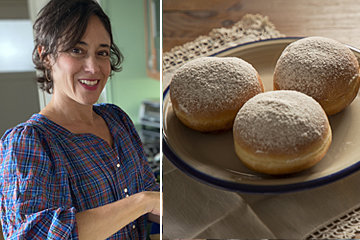 Cooking with ArtBites: Hanukkah and the Jelly Doughnut 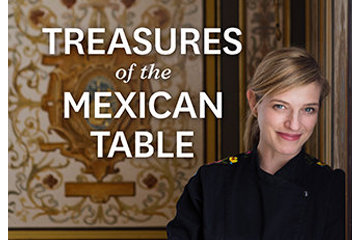 Pati Jinich—Treasures of the Mexican Table