To complement the viewing experience for Angelenos, the Skirball also introduces a carry-out culinary experience, Skirball Suppers, on August 29. Before settling in to watch the concert, locals are invited to pre-order and pick up a three-course meal prepared by the Skirball’s culinary experts. The August 29 prix-fixe menu offers mouthwatering dishes inspired by Korean cuisine. Online ordering opens Tuesday, August 4 at 10:00 am: skirball.org/skirball-suppers. As part of the full Skirball Suppers offering, recipes of select dishes from the menu will be provided free online for at-home preparation.

Known for her funky, soul-driven pop and commanding vocals, Gavin Turek takes the stage in a spectator-free Taper Courtyard on the Skirball’s hillside campus in Los Angeles. Ethereal and crooning, Turek will give an intimate performance that harkens back to the very best of ’80s and ’90s R&B. During the set, Turek will play old favorites and new tracks off her highly anticipated debut LP. For the filming of Turek’s performance, the Skirball adhered to strict guidelines set forth by the LA County Department of Public Health in order to safeguard the musicians and the crews.

Halfway around the world, in a set specially filmed for Skirball Stages in their hometown of Seoul, ADG7 breathes new life into the sacred, shamanic, and secular gut (ritual music) and minyo (folk song) traditions of the Hwanghae-do region—now a part of North Korea. Described by The New York Times as “a giddy show band with all the trappings of K-pop— choreographed singers, candy-colored costumes and bouncy, upbeat, often swinging songs that link the concision of folk tunes to the catchy repetition of pop,” the band’s energetic set will captivate viewers.

More than a performance, Skirball Stages: Gavin Turek and Ak Dan Gwang Chil takes viewers behind the scenes with the artists for a look at their musical processes, aspirations, and hopes for the future. In exclusive interviews, Turek and the ADG7 musicians reflect upon the power of music to connect across cultures, honor generations past, and inspire perseverance through challenging times.

“For the past twenty-three summers, this time of year is marked by our popular Sunset Concerts series, but these extraordinary times compelled us to reimagine the experience and recommit ourselves to building community nonetheless,” remarked Jessie Kornberg, Skirball President and CEO. “The COVID-19 pandemic has not only restricted performance before a live audience, but it has had a disproportionately harsh impact on performing artists worldwide. With Skirball Stages, we are proud to honor our commitment to ADG7—who had been scheduled to kick off Sunset Concerts 2020 before coronavirus made international travel and large gatherings unsafe—and pair the band with Gavin Turek, a member of the local music scene that we have sought to keep working and creating despite the pandemic.”

Following the August 29 debut, Skirball Stages: Ak Dan Gwang Chil and Gavin Turek will be available to view on demand on the Skirball’s YouTube channel through November 29, 2020.

The carry-out Skirball Suppers are a delicious complement to the premiere of Skirball Stages: Gavin Turek and Ak Dan Gwang Chil. Designed by the Skirball’s Executive Chef, Sean Sheridan, the August 29 prix-fixe menu draws inspiration from dishes and ingredients of Korea, the home country of featured musical act ADG7. As part of the Skirball Suppers offering, recipes for select dishes in the menu will also be provided free online for at-home preparation.

“At the Skirball, we draw sustenance not only from world-class artistry and cultural encounter, but also from good food!” explained Kornberg. “Offered in tandem with the August 29 concert, Skirball Suppers are an expression of nourishment—of both our bodies and our spirits. We hope Angelenos savor the food, the music, and the company of loved ones at home.”

Skirball Suppers are $42 per person (exclusive of wine). Pre-orders are required by August 26 at 4:00 pm. Curbside, no-contact pick-up takes place on August 29, 5:30–7:45 pm at the Skirball. To view the menu and pre-order, visit skirball.org/skirball-suppers.

MORE ABOUT THE ARTISTS

Gavin Turek—It’s impossible not to become infatuated with LA native Gavin Turek. According to NPR, “[O]ne way or the other, Gavin Turek is going to entertain you,” whether through her live performance—described as “one part vocal acrobatics and one part immersive spirit of dance”—or her music, which seamlessly blends ’70s funk-inspired R&B with poignant, honest lyrics.

It’s easy to draw comparisons anywhere from Tina Turner to Beyoncé, but Turek is her own force to be reckoned with. Performing always came naturally: she grew up with a father who played piano and she tagged alongside her mother, who toured coffeeshops singing gospel. Growing up in Los Angeles, Turek obsessively studied two things: music (the likes of Donna Summer, Prince, Lauryn Hill, and Diana Ross) and all forms of dance.

Originally aspiring to be a professional dancer, Turek spent years training and traveling abroad, before eventually returning to singing and songwriting as her main medium of expression.

Two special artists in particular became champions early on. Brainfeeder genius TOKiMONSTA has been a longtime friend and collaborator. Early on in both of their careers, TOKiMONSTA asked Turek to contribute vocals to her productions, which led to the fan favorite track “Darkest (Dim)" and a mini-album, You're Invited. Mayer Hawthorne was next, not only inviting Turek to open his sold-out tours, but recruiting her as the female counterpart in his retro funk act Tuxedo with producer Jake Uno.

In 2017, Turek released her first proper EP, Good Look for You, via her own label, Madame Gold Records. The EP garnered attention and praise from Stereogum, Nylon, Okayplayer, NPR, KCRW, and Billboard, among others, all of which highlighted her songwriting chops and simultaneously retro yet modern sound. She followed up with a string of singles, including pop favorite "Whitney" and a stunning music video produced by Lena Waithe to funk anthem “2AM.” Turek’s music was stitched into the fabric of Netflix’s Dear White People and HBO’s High Maintenance. She has also been a musical guest on Conan and has toured in Japan, the United Kingdom, China, France, and across the states supporting artists like Hayley Kiyoko and Tuxedo.

ADG7 was formed in 2015 in homage to the seventieth anniversary of Korea’s liberation from Japanese colonial rule. Their music expresses the true meaning of liberation and South Korea’s desire for reunification. They recently won multiple awards including Best Group at the 2018 KBS Korean Traditional Music Award and Sori Frontier Award at the 2017 Jeongju International Sori Festival. ADG7 performed at WOMEX (World Music Expo) 2019 and globalFEST 2020 as one of their official artists, and became one of 2020–2021 Mid Atlantic Tour Roster Artists.

Skirball Stages: Gavin Turek and Ak Dan Gwang Chil is made possible by generous support from:
The Bilger Family

The Skirball Cultural Center is located at 2701 N. Sepulveda Blvd., Los Angeles, CA 90049. Museum hours: Tuesday–Friday 12:00–5:00 pm; Saturday–Sunday 10:00 am–5:00 pm; closed Mondays and holidays. Special admission fees for Star Trek: Exploring New Worlds: $20 General; $17  Seniors, Full-Time Students, and Children over 12; $15 Children 2–12. Admission to all other exhibitions: $12 General; $9 Seniors, Full-Time Students, and Children over 12; $7 Children 2–12. Exhibitions are always free to Skirball Members and Children under 2. All exhibitions except for Star Trek are free to all visitors on Thursdays. For general information, the public may call (310) 440-4500 or visit skirball.org. The Skirball is also home to Zeidler’s Café, which serves innovative California cuisine in an elegant setting, and Audrey’s Museum Store, which sells books, contemporary art, music, jewelry, and more.

END_OF_DOCUMENT_TOKEN_TO_BE_REPLACED 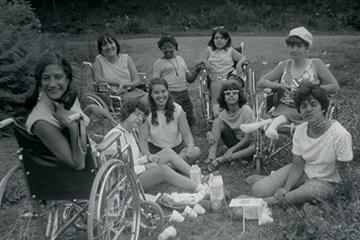 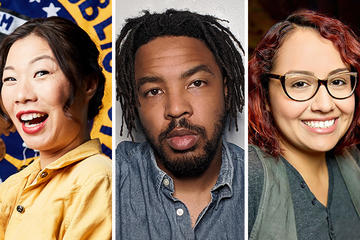 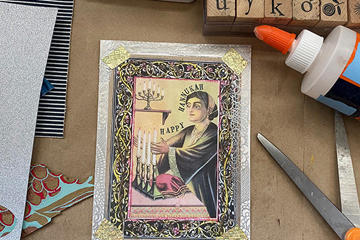 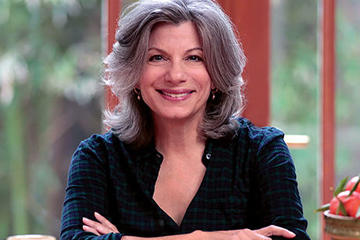 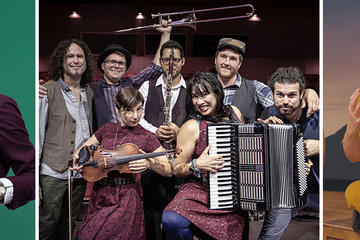