LOS ANGELES, CA—The Skirball Cultural Center presents “I’ll Have What She’s Having”: The Jewish Deli, an exhibition that explores how American Jews imported traditions, adapted culture, and built community through the experience of food. On view will be neon signs, menus, advertisements, fixtures, packaging, historical footage, film and television clips, and a variety of artifacts that illuminate how delicatessens evolved from specialty stores catering to immigrant populations into the beloved national institutions they are today. In addition to showing how Jewish deli forged an entirely new, quintessentially American cuisine by combining Central and Eastern European dishes with ingredients abundantly available in the United States, “I’ll Have What She’s Having” traces the larger arc of the Jewish experience in the US during the twentieth century. Throughout the gallery, visitors will learn more about landmark Los Angeles delis past and present. “I’ll Have What She’s Having”: The Jewish Deli  will be on view at the Skirball from April 30 to September 6, 2020.

Conceived and created by Skirball curators Cate Thurston and Laura Mart together with writer Lara Rabinovitch, a specialist in immigrant food cultures, “I’ll Have What She’s Having”: The Jewish Deli is organized into six sections:

Food of Immigration—“The story of the Jewish delicatessen is as much about immigration as it is about food,” remarked Thurston, “so we open the exhibition with a close look at how the influx of Jewish immigrants to New York City in the mid-nineteenth century meant that regional Central and European foods such as pickles, knishes, gefilte fish, borscht, and rugelach came to be served under one roof. This created an appetite for the mixed cuisine that we now know and love as Jewish deli.” Meanwhile, an increase in America’s beef consumption was a modern dietary development that opened up market opportunities for Jewish entrepreneurs. On view in this first section are several artifacts from the Skirball Museum collection, such as candlesticks, knives, suitcases, passports, and textiles, that were brought by Jews at the turn of the twentieth century with their hopes, dreams, and foodways. Visitors will enjoy the section’s glossary of “Yiddishisms”—from chutzpah to nosh to verklempt—in honor of Yiddish, the mother tongue of newcomers from Central and Eastern Europe that subsequently emerged as the language of deli.

The Food—From sky-high sandwiches to hot matzoh ball soup to rich chopped liver on rye, Jewish deli is a fusion cuisine. In this section, a colorful display of food imagery, props, and helpful definitions of terms will give visitors clarity on what makes a bagel a bagel, why herring was a mainstay of the Eastern European Jewish diet, and what distinguishes pastrami from corned beef, among many fun food facts.

Mid-Century Heyday—This section focuses on the mid-twentieth century, a period of unparalleled growth for the American Jewish community and, by extension, its delis. Although New York remained the epicenter of Jewish deli culture, a plethora of delis opened around the country. It was during this heyday that Jewish food classics entered the mainstream, delis began to attract a wider clientele, and deli menus began to include local favorites, such as cinnamon rolls and rice and beans. On view in this section are mid-century menus from the landmark Carnegie Delicatessen and Lindy’s Restaurant in New York’s Theater District—which speak to deli’s role as a hub for Broadway types and theater patrons—and mid-century matchbooks from LA’s now-closed Junior’s Restaurant in Westwood and Solley’s Restaurant and Delicatessen in the San Fernando Valley.

You Don’t Have to Be Jewish— Although delis have come to symbolize Jewish culture, or a certain characterization of Jewish culture, they never existed in isolation. This section reflects on how immigrant-owned delis and their foods were woven into the urban American landscape. On view are several posters from the famous advertising campaign “You Don’t Have to Be Jewish to Love Levy’s Real Jewish Rye,” which underscore how the deli was embraced by Jews and non-Jews alike. Visitors can also take a seat at Larry King’s favorite booth from Nate’n Al and view snapshots of political candidates stopping at delis on the campaign trail, including Senator Ted Cruz at Shapiro’s Delicatessen in Indianapolis and President Barack Obama at LA’s Canter’s Deli. On display nearby are uniforms worn by waitresses and counter clerks from LA’s Canter’s, Factor’s Famous Deli, Nate’n Al, and the now-closed Glassman’s Market.

Survivor Communities—For many of the four hundred thousand Holocaust survivors and refugees who found refuge in the United States, delis were a lifeline as they acclimated to a new country. Laura Mart explains, “Delicatessens provided a livelihood and a purpose for the immigrants who became owners, waiters, cooks, and customers. One such business was Drexler’s Deli in North Hollywood, which was owned and operated by Rena Drexler, a survivor of Auschwitz, and her husband, Harry. For them, the deli was a place to give sustenance and a sense of togetherness for the Orthodox Jewish community that grew up around it. We are honored to display the stunning original neon sign that brightened the entrance to their much-beloved deli.”

Shifting Landscapes—The final section considers how delis have had to revise their menus, move locations, or close because of health trends, real estate prices, family issues, or business woes. “The Jewish deli traffics in memory but is always changing,” explains Lara Rabinovitch. “At the end of the twentieth century, ethnic diversity began to serve as a point of celebration in food and new, artisanal Jewish delis have opened across North America and Europe. Young entrepreneurs are reviving the pre-industrial techniques of their forebears and developing homemade ingredients like schmaltz or new takes on old-school cuisine.” In addition to a display of menus that illustrate how delis have evolved and expanded in recent years, this section features a viewing station where visitors can savor deli footage from TV hits such as Curb Your Enthusiasm, Seinfeld, and The Marvelous Mrs. Maisel, and film classics like Broadway Danny Rose and When Harry Met Sally. Nearby, visitors are invited to tap into their own experiences by writing down their go-to deli food or favorite deli memory and pinning it up on a restaurant-style order line.

To mark the opening weekend of “I’ll Have What She’s Having”: The Jewish Deli, the Skirball will present the related program Deli Stories: A Celebration of Jewish Delis, on Friday, May 1, at 8:00 pm. Copresented with the LA Food Bowl, this program offers exclusive after-hours access to the newly launched exhibition, followed by a storytelling cabaret of deli stories hosted by the Los Angeles Times Food Editor, Peter Meehan, and featuring Phil Rosenthal, host of the Netflix series Somebody Feed Phil, and additional speakers TBA. The evening will be capped by a selection of samples from the finest delis in the country.

During the summer, the Skirball will present an outdoor screening of the classic romantic comedy When Harry Met Sally, featuring the memorable scene in New York’s Katz’s Delicatessen that concludes with the hilarious line and exhibition title namesake “I’ll have what she’s having.”

The Skirball Cultural Center is located at 2701 N. Sepulveda Blvd., Los Angeles, CA 90049. Museum hours: Tuesday–Friday 12:00–5:00 pm; Saturday–Sunday 10:00 am–5:00 pm; closed Mondays and holidays. Special admission fees for Star Trek: Exploring New Worlds: $20 General; $17  Seniors, Full-Time Students, and Children over 12; $15 Children 2–12. Admission to all other exhibitions: $12 General; $9 Seniors, Full-Time Students, and Children over 12; $7 Children 2–12. Exhibitions are always free to Skirball Members and Children under 2. All exhibitions except for Star Trek are free to all visitors on Thursdays. For general information, the public may call (310) 440-4500 or visit skirball.org. The Skirball is also home to Zeidler’s Café, which serves innovative California cuisine in an elegant setting, and Audrey’s Museum Store, which sells books, contemporary art, music, jewelry, and more.

END_OF_DOCUMENT_TOKEN_TO_BE_REPLACED 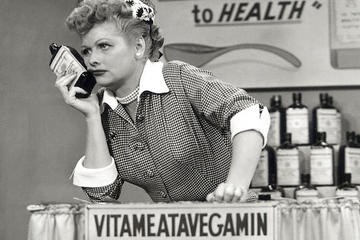 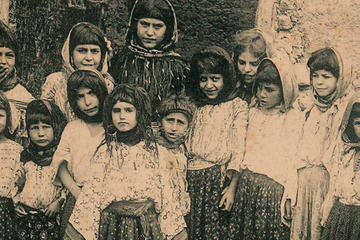 Photographing Jews: Race, Gender, and Power in the Mediterranean 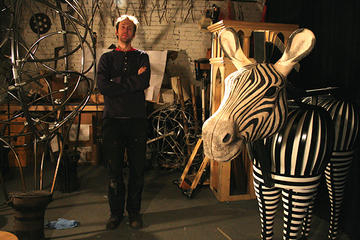 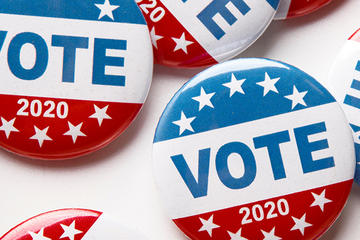