LOS ANGELES—The Skirball Cultural Center announced today the retirement of its Founding President and CEO, Uri D. Herscher, effective June 30, 2020. As the founder of the Skirball—which in 2021 will mark twenty-five years since opening to the public—Herscher has led the institution since its conceptualization in the early 1980s. Herscher will be succeeded by Los Angeles attorney Jessie Kornberg, who currently leads Bet Tzedek (Hebrew for “the house of justice”), the respected nonprofit public-interest law firm. Kornberg’s tenure at the Skirball begins on July 1.

“Uri Herscher’s groundbreaking vision laid the foundation for the Skirball Cultural Center,” remarked Peter M. Weil, Chair of the Skirball’s Board of Trustees. “Inspired by his immigrant experience and the ancestral tradition of welcoming the stranger, he forged a new model of a Jewish institution—one that defines itself by its commitment to pluralism, inclusivity, and cross-cultural exchange. We thank Uri for overseeing decades of growth and transformation and for building a strong fiscal infrastructure to support the Skirball’s long-term health. More importantly, we applaud him for his tireless efforts to celebrate the depth of Jewish heritage, the constructive role of immigration in our nation’s life, and the promise of American democratic ideals.”

Weil continued, “We now look to Jessie Kornberg to build upon the strengths and successes of the Skirball into the future. With her intellect and energy, as evidenced by her distinguished tenure at Bet Tzedek, she is eminently qualified to guide the Skirball as it begins a new chapter. In addition to her exemplary record of leadership, we are certain that her passion for social justice and experience in human services will add dimension to the Skirball’s service to the community.”

Encouraged by philanthropist Jack H. Skirball and a broad base of major donors, Uri D. Herscher spearheaded the creation of the Skirball. During his presidency, the institution has grown to become one of the world’s leading Jewish cultural institutions, serving a multigenerational, culturally diverse public through exhibitions, performances, lectures, film, classes, and programs for families, schools, and teachers. Prior to founding the Skirball, Herscher was Executive Vice President and Dean of Faculty of the Hebrew Union College–Jewish Institute of Religion, as well as Professor of American Jewish history (1975–1995).

“Every day at the Skirball has been a rewarding experience, and it has been a privilege to be part of this extraordinary cultural village,” said Herscher. “I wish to thank Peter Weil for his board leadership and all of our trustees for taking our mission as their own. As I prepare to step down this summer, I am heartened to know that our visitors will always be welcomed by a staff and volunteer corps of remarkable talent and spirit. I am grateful to them for living and expressing the essential Jewish value of welcoming the stranger.”

Herscher added, “With Jessie Kornberg at the helm and a vibrant community to support her, the future of the Skirball is all the brighter.”

Jessie Kornberg joined Bet Tzedek as President and CEO in 2014. During her tenure, the agency has grown to address the most pressing legal issues facing low-income families, including the establishment of the nation’s first transgender medical-legal partnership and a family preparedness program to respond to growing concerns surrounding the deportation of undocumented parents. Prior to Bet Tzedek, Kornberg was an attorney with the law firm Bird Marella; served as the first Executive Director of Ms. JD, which she founded as a national voice on issues concerning women and the law; and worked on projects with the Los Angeles Community Action Network, Homes for the Homeless, and the Institute for Children and Poverty. She is frequently sought as a speaker on anti-poverty topics, Jewish life, and gender equity. Kornberg began her career in the arts, dancing professionally with the prestigious American Ballet Theatre for four years as a teenager.

Kornberg commented, “It is an honor to become the President and CEO of an institution I have long admired and whose mission aligns with my own life’s work. Uri Herscher is a highly regarded leader and builder of institutions in our community, and I am indebted to him for providing guidance to me when I first joined Bet Tzedek and for modeling what is possible when we dream beyond what we think possible.”

She continued, “In this era of coarsening dialogue, generational change, immigration upheaval, and growing inequality, the need for the Skirball’s mission has never been more vital. Working closely with the dedicated staff and trustees, I pledge to continue the Skirball’s great work in celebrating the enduring relevance of Jewish values and American ideals in our world today and finding new ways to activate community engagement—here in our great city and well beyond.”

END_OF_DOCUMENT_TOKEN_TO_BE_REPLACED 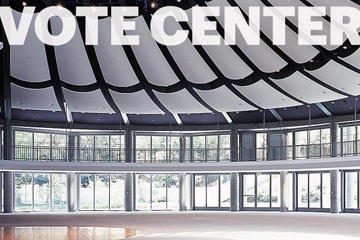 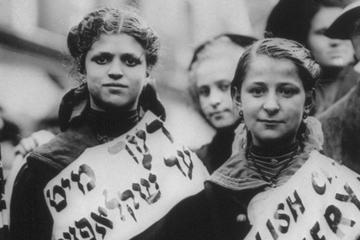 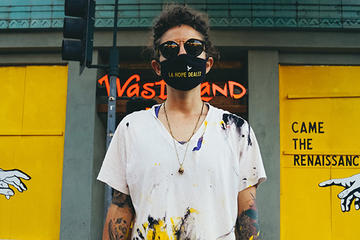