LOS ANGELES, CA—The Skirball Cultural Center announces the appointment of Sheri Bernstein as Museum Director. A member of the senior leadership team for twenty of the institution’s twenty-five years, Bernstein currently holds the position of Vice President of Education and Visitor Experience and served as Project Director of the landmark children’s and family destination Noah’s Ark at the Skirball. Bernstein will take the helm of the Skirball Museum on July 1, 2021, just weeks after it reopens to present Ai Weiwei: Trace, on view starting May 15. She will succeed Robert Kirschner, who has served as Museum Director since 2008.

The Skirball has also hired two leaders in their fields to take on critical administrative roles. Reuben J. Sanchez has been named Chief Financial Officer, responsible for developing and leading financial and investment management strategies for the Skirball, which has an operating budget of $25 million. Most recently, Sanchez served as regional Vice President of Finance at Live Nation (North America Concerts Division). Pamela Kohanchi has been named Senior Vice President, General Counsel and Secretary, to oversee and advance the institution’s legal and governance framework, government relations, and talent and culture. Kohanchi joins the Skirball after twelve years at the Los Angeles County Museum of Art (LACMA), where she was Deputy General Counsel. Sanchez and Kohanchi assumed their Skirball positions on April 26.

“As we celebrate our twenty-fifth anniversary and look to the challenges and opportunities before us, I am thrilled to welcome brilliant talents to leadership roles focused on deepening our commitment to the community,” commented Jessie Kornberg, Skirball President and CEO. “With our galleries about to reopen and exhibition planning moving forward once again, Sheri Bernstein takes the helm of the Skirball Museum at an especially exciting time. As a creative force behind Noah’s Ark at the Skirball, Sheri led the team that brought one of the most innovative and enduring exhibitions in Skirball history to life. The success of Noah’s Ark and her contributions to exhibition development are a reflection of Sheri’s unwavering commitment to storytelling and accessibility, her eye for inspired gallery design, and her passion for engaging visitors as active participants to create impact.”

Kornberg added, “We are also pleased to bring aboard Reuben Sanchez and Pamela Kohanchi, two outstanding professionals in their fields. Though they come from different industries, communities, and professional backgrounds, each has a deep personal connection to our mission and are themselves a beautiful reflection of the breadth of the Skirball community. Their experience, expertise, and character will be crucial as we enter the next chapter of growth and transformation, ensure greater impact and excellence in all that we do, and move boldly into the future.”

Sheri Bernstein joined the Skirball in 2001 as Director of Education and Project Director of Noah’s Ark at the Skirball, guiding the creation of the acclaimed children’s and family destination, which has welcomed more than one million visitors since opening in 2007 and won the Excellence in Exhibition Award from the American Alliance of Museums in 2008. As Vice President of Education and Visitor Experience since 2015, she spearheaded the strategic expansion and evolution of the Skirball’s award-winning school programs, its multidisciplinary offerings for families with children, its docent touring program, and all facets of frontline visitor experience. Bernstein has played a major role in diversifying the Skirball’s audiences, forging longstanding partnerships with community organizations, and shaping the Skirball’s identity as an institution that values and centers the voices of artists, students, educators, and cross-generational audiences. Prior to her Skirball tenure, Bernstein spent six years at LACMA in the Modern and Contemporary Art Department, where she co-organized the five-part landmark exhibition Made in California: Art, Image, and Identity, 1900–2000, the largest in LACMA’s history. She has also held positions at the Smithsonian American Art Museum and the Institute of Contemporary Art, Boston. Bernstein holds undergraduate and graduate degrees in art history from Yale University and Harvard University, respectively.

Bernstein reflected, “I am excited to fill our museum spaces with exhibitions that are soulful, beautiful, and surprising. The Skirball has such a special mission, using the arts to help bring people together and inspire wonder, foster exchange, and promote justice. That mission has never felt more vital. Together with our talented museum team, I welcome the opportunity to work with artists and community collaborators to create exhibitions that extend beyond the galleries into our outdoor spaces and into the broader Los Angeles community.”

Reuben J. Sanchez brings over two decades of accounting and finance leadership at international entertainment and consumer products organizations. In his role as regional Vice President at Live Nation, he led a twenty-one-person team responsible for nearly half a billion dollars in annual revenue for the division’s second-largest region. He also drove financial support and aided the overall RFP projects for two of LA’s most iconic concert venues, the Greek Theatre and Hollywood Bowl, helping local leadership win both venue deals. Sanchez developed his professional expertise at well-regarded companies such as Belkin Corp, Vivendi Universal Games, and the Walt Disney Company. After earning a BS in accounting at University of Southern California, Sanchez began his career at Deloitte, where he gained international audit experience, thanks in part to a two-year rotation in its Paris office through the company’s Strategic Career Development Program.

“I am pleased to join the Skirball for a number of professional and heartfelt reasons, but especially because of its simple mission to ‘welcome the stranger,’” remarked Sanchez.  “Over the course of my life, that value has moved the hand of so many who have welcomed me and my family as strangers and blessed us in significant ways. Working for an organization that does this daily allows me in some small way to pay it forward.”

Pamela Kohanchi brings deep experience engaging both internal and external partners to move the arts and legal world forward. In her role as LACMA’s Deputy General Counsel, she advised on myriad strategic initiatives and complex projects, including large-scale public art installations, international partnerships, a planned $650 million new building, major acquisitions and gifts of art, and technology collaborations. Her expertise in a broad array of complex legal issues—from corporate governance and copyright to employment and nonprofit matters—coupled with a collaborative approach to policymakers and staff alike, facilitated iconic, wondrous works for Los Angeles such as Levitated Mass, the promised gift of the Sheats-Goldstein Residence, and Art + Technology Lab partnerships with innovation leaders such as Google and SpaceX. Prior to LACMA, Kohanchi served as an attorney at Sidley Austin LLP in Los Angeles and worked for the American Bar Association’s Section of Individual Rights and Responsibilities in Washington, DC. A member of the California State Bar, Kohanchi holds a JD degree from Stanford Law School and a BA in political science from University of California, Los Angeles.

“I am honored to join Jessie Kornberg and the Skirball’s growing leadership at this exciting and auspicious moment when so many diverse communities seek a kinder, more just society,” commented Kohanchi. “Growing up, my immigrant parents opened their backyard to all during the Jewish holiday of Sukkot, making cultural exchange over food offerings and Persian tapestries the go-to event. It highlighted for me that welcoming others with hopeful, meaningful connections is foundational to a healthy society and thriving communities. The Skirball embodies these values, and I look forward to contributing to its impact for many years to come."

The Skirball Cultural Center is located at 2701 N. Sepulveda Blvd., Los Angeles, CA 90049. Admission to Ai Weiwei: Trace will be $12 General | $9 Seniors, Full-Time Students, and Children over 12 | $7 Children 2–12 | FREE to Skirball Members and Children under 2 | FREE to all on Thursdays. Advance timed-entry reservations will be required. More information about visiting the exhibition on site, including new ticketing guidelines and safety protocols, are available at skirball.org.

As of May 4, 2021, all other galleries of the Skirball Museum and Noah’s Ark at the Skirball—as well as Audrey’s Museum Store and Zeidler’s Café—remain closed.

END_OF_DOCUMENT_TOKEN_TO_BE_REPLACED 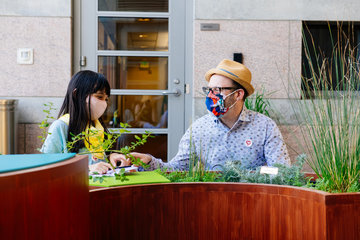 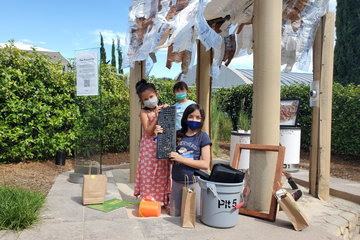 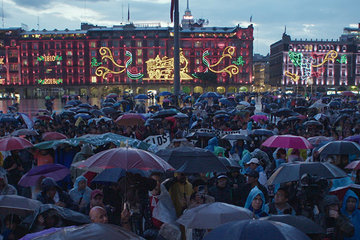 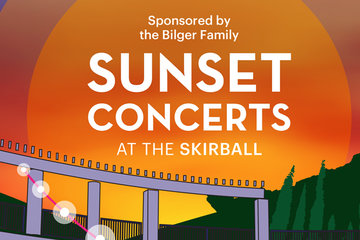