Bill Graham and the Rock & Roll Revolution was the first comprehensive retrospective about the life and career of legendary rock impresario Bill Graham (1931–1991). Recognized as one of the most influential concert promoters in history, Graham launched the careers of countless rock & roll legends in the ’60s at his famed Fillmore Auditorium. He conceived of rock & roll as a powerful force for supporting humanitarian causes and was instrumental in the production of milestone benefit concerts such as Live Aid (1985) and Human Rights Now! (1988). As a promoter and manager, he worked with the biggest names in rock, including the Grateful Dead, Jefferson Airplane, Jimi Hendrix, Santana, Led Zeppelin, and the Rolling Stones.

Through rock memorabilia, photographs, ephemera, and psychedelic art in the form of Fillmore concert posters, Bill Graham and the Rock & Roll Revolution explored the momentous cultural transformations of the ’60s, ’70s, and ’80s through the lens of rock & roll. More than 400 objects were gathered from lenders across the country—from the private Graham family archive to the Experience Music Project to Carlos Santana’s personal collection. Many of the lenders permitted the display of these items for the first time. Among the notable items were Jerry Garcia’s “Wolf” guitar, Janis Joplin’s tambourine, a handwritten note from Donovan to Graham, Pete Townshend’s 1968 Gibson SG Special used during a performance of Tommy, a dress worn by Grace Slick at the 1967 Monterey Pop Festival, Graham’s personal scrapbooks, and original artwork and preparatory drawings for some of the most iconic Fillmore posters, including work by Bonnie MacLean, Wes Wilson, David Singer, Greg Irons, and David Byrd. There was also an exclusive site-specific installation of “The Joshua Light Show,” the trailblazing liquid light show conceived in 1967 by multimedia artist Joshua White, which served as a backdrop to many Graham-produced shows.

Born in Berlin, Graham emigrated to New York at the age of eleven as part of a Red Cross effort to help Jewish children fleeing the Nazis. He went to live with a foster family in the Bronx and spent his teenage years in New York City, selling baseball cards, playing craps in the schoolyard, and working as a delivery boy before being drafted into the Army to fight in the Korean War. He relocated to San Francisco just as the hippie movement was gathering steam, and became the business manager for the San Francisco Mime Troupe, a radical theater company that performed for free in parks. The first show Graham presented was on November 6, 1965: a fundraiser to support the legal defense of one of the Mime Troupe actors. It was a transformative moment for the thirty-four-year-old, who’d finally found something he was good at by which he could also earn a living. Soon afterwards he took over the lease on the famed Fillmore Auditorium, where he produced groundbreaking shows throughout the ’60s, including sold-out concerts by the Grateful Dead, Cream, Big Brother and the Holding Company, and the Doors. Graham’s mastery at promoting, marketing, and managing artists propelled him to become one of rock & roll’s most influential figures.

The year 2015 marked the thirtieth anniversary of Live Aid and the fiftieth anniversary of Graham’s first-ever concert, as well as the Grateful Dead’s live debut. Through the exhibition, visitors commemorated these events by celebrating a true pioneer who helped revolutionize rock into the global industry it is today.

Watch the Allman Brothers Band perform “Whipping Post” at the Fillmore East in 1970.

Bill Graham and the Rock & Roll Revolution and its related EDUCATIONAL programs at the Skirball Cultural Center were made possible in part by generous support from:

"Bill Graham and the Rock & Roll Revolution" Celebrates the Life and Work of the Legendary Concert Promoter
Noisey | July 26, 2015

How Bill Graham Transformed Himself From A Failed Actor Into The Ultimate Rock & Roll Entrepreneur
Forbes | June 22, 2015

“Bill Graham and the Rock & Roll Revolution” at Skirball Cultural Center
discoverLA | May 7, 2015

END_OF_DOCUMENT_TOKEN_TO_BE_REPLACED 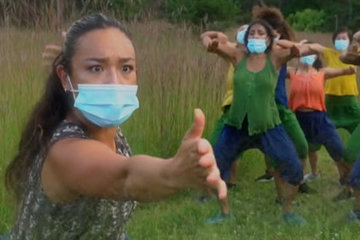 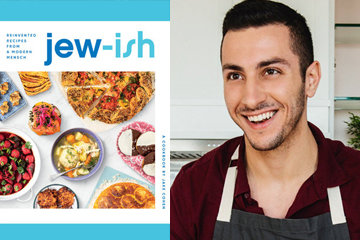 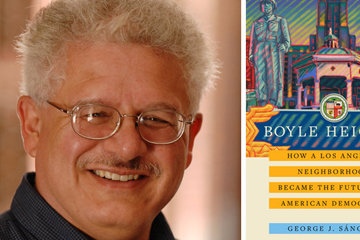